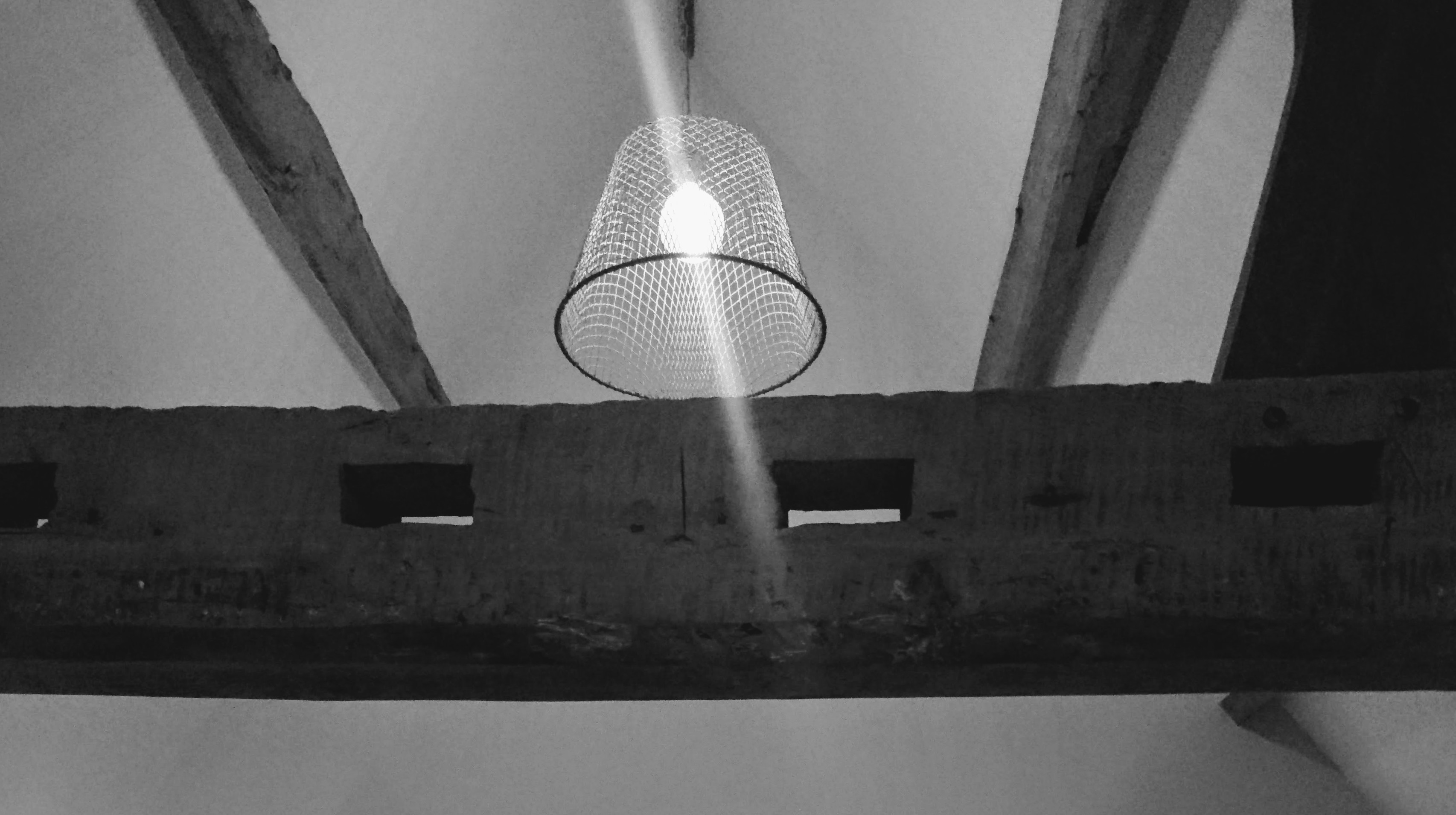 It is rare that we leave the children overnight. But for the last few years, we have done precisely that around November time. That it coincides with Mrs OBEM’s birthday lightens the present-buying load but it also allows a little recuperation before the festive season begins.

As we are only away for two days and one night, we can’t spend too much time travelling. A couple of hours away from London is about all that we fancy.

When we get there we want a little luxury from the lodgings – a big bath for Mrs OBEM always helps. A decent dining option is a must, preferably, wherever we are staying.

Above all, its got to be relaxed. There is no time for pretension in a 36 hour break.

These criteria invariably lead us to the Cotswolds and one of the many pubs/restaurants with rooms in the region. Last year we went to the Wild Rabbit in Kingham, the year before, the Lion Inn in Winchcombe. Both ticked all the boxes.

The Lion Inn had plenty of charm and a nice, lively bar. I don’t remember much about our dinner, which probably says enough.

Our visit to the Wild Rabbit was well-timed. We’d booked before it was announced that it had been awarded a Michelin star and our visit came shortly after that announcement.  The highlight of the meal there came after dinner, as we took coffee in the bar, stationed in front of a log fire. Out came a portion of freshly made madeleines with some lemon curd for dipping. They were exquisite.

This year I booked us a room at the recently opened Artist’s Residence, just outside of Oxford. Its also known as Mr Hanbury’s Mason Arms. I’ve not stayed in one of their other outposts (Brighton, London or Cornwall) but it seemed to satisfy all the necessary criteria and had already received some impressive reviews since opening earlier in the year.

We arrived shortly after 3pm and hurried in to escape the rain and cold. We were greeted by a roaring open fire, a small bar ahead of us and the restaurant to our left. It was every inch the country pub, a safe haven from the elements and somewhere to rest your weary limbs and recuperate after a hard day’s graft (or in our case, shopping).

We were offered a drink while we checked in which we gratefully accepted. We positioned ourselves in the main bar area, down a couple of steps in front a large woodburner with the day’s papers company. It took some effort to lever ourselves up a flight of stairs into our room – one of two farmhouse loft rooms – 40 minutes later. 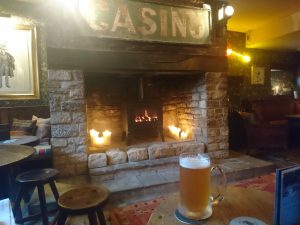 The room was well decorated, as you’d expect. There were some nice touches – the retro telephone to call reception and two huge green glass bedside lights. Most of all, I was struck by the space, it was significantly bigger than the room we stayed in at the Wild Rabbit despite being a two thirds of the price. The high ceiling and exposed rafters certainly added to that sense of space. It was a lovely place to relax before dinner.

If the room was nice, the dinner was even better.

Given this was our annual celebration, we decided to splurge.

I couldn’t resist the Scotch egg as a pre-starter and it didn’t disappoint – the herby sausage meat and quails egg offset with a jammy, tart brown sauce.

For my starter, braised pig cheek, beetroot, trompette and parmesan – four big flavours that were made to harmonise really well. I was surprised by Mrs OBEM’s choice of the heritage beetroot but more surprised at how nice it was. The beetroot felt refreshing, the blue cheese, indulgent.

On to the mains which were, its fair to say, generous. For me, the venison haunch which came in two guises – three pieces of bright pink lean steaks and then a portion that was braised with the vegetables. That I favoured the steaks was only a reflection of my mood that day. There was nothing between them.

Mrs OBEM’s brisket was substantial, thick slices of brisket barely holding themselves together, piled on top of creamy mash. It wasn’t too long before she was defeated, not to my own disappointment, so I dived in.

To top it all off, we got lucky with the wine. A bottle of Barolo had been opened by mistake so we were offered it by the glass at a reduced rate. We had most of it.

It was quiet so we were in the bar section of the restaurant rather than the dining room. Our waitress was quick to point out that this was unusual and only the night before had John Torode been one of a full house, impressed by the Pearl Barley risotto. It didn’t matter. If anything we benefitted, the service was impeccable from start to finish.

Overall the cooking was exactly what we were after – refined but not overly-fussy, generous and comforting. I loved this meal, not just for the cooking but because everything fit together so well. The food, the room, the surroundings, the occasion and the company.

So in 10 months time when I would usually start the search for somewhere for Mrs OBEM and I to go for our annual retreat, I may not actually bother.

P.S. – I could probably write another post on the following morning’s breakfast, but then I’d probably be repeating myself.

Family and food related chat for when your other half is watching something you're not keen on. Tune into this instead!

In Woolwich? Check out the fried chicken buns at Y

Loving the night market in Beaumont, rounding off

Stocked up for our hols at this lovely Sunday mark

Lucky Mrs OBEM, that moussaka is nothing - she onl

The basis of most good Trini dishes - some home ma

Italian chicken for Sunday lunch. Still a way to g